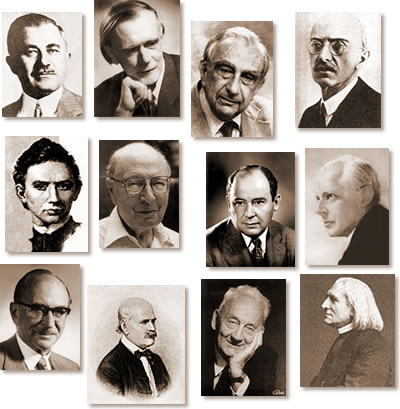 Hungarians are an ethnic group primarily associated with Hungary. There are around 10 million Magyars in Hungary (as of 2001). Hungarians were the main inhabitants of the Kingdom of Hungary that existed through most of the second millennium. The territory of this country was dismembered at the Treaty of Trianon (1920), and as a result, 3,425,000 Magyars found themselves separated from their motherland ...

The Republic of Hungary, or Hungary (Magyarország), is a landlocked country in Central Europe, bordered by Austria, Slovakia, Ukraine, Romania, Serbia, Croatia and Slovenia. It is known locally as the Country of the Magyars. Since May 2004 it has been part of the European Union. The capital of the country is Budapest ...

The following is a list of prominent Magyars (Hungarians), the majority of whom grew to be famous within Hungary rather than abroad: History and politics, Artists, Composers and Performers, Scientists and inventors, Film artists, Writers, Sports ...

List of Hungarians who were born outside present-day Hungary

The borders of Hungary have changed substantially in the past century. Many places that were once part of Hungary now belong to neighboring countries. This is a list of famous Hungarians who were born outside present-day Hungary, organised by country of birth and listed with the name of their birthplace as it is currently named ...

Wikipedia: List of Hungarians who were born outside present-day Hungary

György Marx: "...The heroic figures of human culture were born not in the comfortable affluence of tranquil centuries; they were not needed. Geniuses thrived within the narrow bounds of time and space, when trouble occurred: when centuries-old convention failed to function any longer. There was hardly more changeable "weather" in Hungary than at the beginning of this century, when within a few years imperial rule and republic, parliamentarianism and dictatorship, feudalism and industrial revolution, bureaucracy of the gentry and public education, imperial proclamation of war and the march of a foreign army of occupation followed each other at a dazzling speed... At the beginning of the 20th century, under a changing sky, a great generation of Hungarian scientists arose which made more of a lasting impression on humankind than Brezhnev or Nixon, for which the world learned to respect our country from Los Angeles to Teajon..."

Hungarian Milestones on the Road to Science by József J. vitéz Hamvas

The Second Millicentennial Project of the Rákóczi Foundation When more than forty years ago I first started collecting this material and discovered the immeasurable, an almost inexhaustible wealth, I was overcome with the happiness of enthusiasm. In the frenzy of work, I decided that this abundant treasure must be shared with the Hungarian youth, and the world. Let us begin by imagining that we embark down the long highway of science in a time-car and our head-lights illuminate only the Hungarian milestones ...

What has Hungary Given to the World?

Wherever we go in the world, we bump into Hungarians. If not personally, then through their inventions and life achievements. There are many ordinary objects used all over the world that have been invented or made popular by Hungarians, even if most people do not realise this ...

Danubius Magazin: What has Hungary Given to the World?
| Magyar kezdőoldal | English start page | Contact |