He was a Hungarian physiologist who won the Nobel Prize in Physiology or Medicine in 1937. He is credited with discovering vitamin C and the components and reactions of the citric acid cycle. 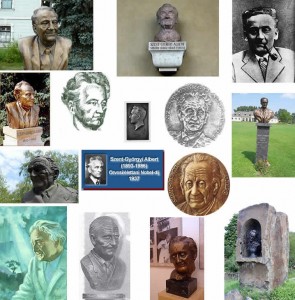 Szent-Györgyi began his studies at the Budapest Medical School, but soon became bored with classes and began research in his uncle’s anatomy lab.
After the war, Szent-Györgyi began his research career in Pressburg (Hungarian: Pozsony, today: Bratislava). He switched universities several times over the next few years, finally ending up at the University of Groningen, where his work focused on the chemistry of cellular respiration. This work landed him a position as a Rockefeller Foundation fellow at Cambridge University. He received his PhD from Cambridge in 1927 for his work on isolating what he then called “hexuronic acid” from adrenal gland tissue.

He accepted a position at the University of Szeged in 1931. There, Szent-Györgyi and his research fellow Joseph Svirbely found that “hexuronic acid” was actually vitamin C and noted its anti-scorbutic activity. In some experiments they used paprika as the source for their vitamin C. Also during this time, Szent-Györgyi continued his work on cellular respiration, identifying fumaric acid and other steps in what would become known as the Krebs cycle.

In 1937, he received the Nobel Prize in Physiology or Medicine “For his discoveries in connection with the biological combustion process with special reference to vitamin C and the catalysis of fumaric acid”. 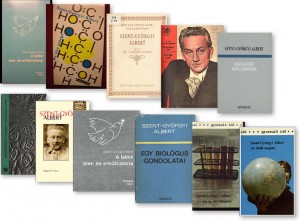 In 1938, he began work on the biophysics of muscle movement. He found that muscles contain actin, which when combined with the protein myosin and the energy source ATP, contract muscle fibers.

As fascists gained control of politics in Hungary, Szent-Györgyi helped his Jewish friends escape from the country. During World War II, he joined the Hungarian resistance movement. Although Hungary was allied with the Axis Powers, the Hungarian prime minister Miklós Kállay sent Szent-Györgyi to Istanbul in 1944 under the guise of a scientific lecture to begin secret negotiations with the Allies. The Germans learned of this plot, and Adolf Hitler himself issued a warrant for the arrest of Szent-Györgyi. He escaped house arrest and spent 1944 to 1945 as a fugitive from the Gestapo.

After the war, Szent-Györgyi was well-recognized as a public figure and there was some speculation that he might become President of Hungary, should the Soviets permit it. Szent-Györgyi established a lab at the University of Budapest and became head of the biochemistry department there. He was elected as a member of Parliament and helped re-establish the Academy of Sciences. Dissatisfied with the Communist rule of Hungary, he emigrated to the United States in 1947.

In 1947, Szent-Györgyi established a lab at the Marine Biological Laboratory in Woods Hole, Massachusetts with financial support from Hungarian businessman Stephen Rath. However, Szent-Györgyi still faced funding difficulties for several years, due to his foreign status and former association with the government of a Communist nation. In 1948, he received a research position with the National Institutes of Health (NIH) in Bethesda, Maryland and began dividing his time between there and Woods Hole. In 1950, grants from the Armour Meat Company and the American Heart Association allowed him to establish the Institute for Muscle Research.
During the 1950s, Szent-Györgyi began using electron microscopes to study muscles at the subunit level. He received the Lasker Award in 1954. In 1955, he became a naturalized citizen of the United States. He became a member of the National Academy of Sciences in 1956.
In the late 1950s, Szent-Györgyi developed a research interest in cancer and developed ideas on applying the theories of quantum physics to the biochemistry of cancer.

“A discovery is said to be an accident meeting a prepared mind.”
- Albert Szent-Györgyi - 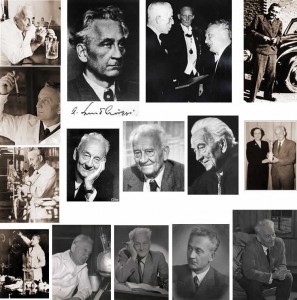 “When I received the Nobel Prize, the only big lump sum of money I have ever seen, I had to do something with it. The easiest way to drop this hot potato was to invest it, to buy shares. I knew that World War II was coming and I was afraid that if I had shares which rise in case of war, I would wish for war. So I asked my agent to buy shares which go down in the event of war. This he did. I lost my money and saved my soul.”
- Albert Szent-Györgyi -