Young Edward was a mathematical prodigy, educated in private schools, but his education was frequently disrupted by the political turmoil engulfing the new nation. In 1926, Edward left Budapest to study chemical engineering in Karlsruhe, Germany.

In Karlsruhe, Teller became intrigued by physics, particularly the new theory of quantum mechanics. The young chemical engineer transferred to the University of Munich in 1928 to pursue this interest. In Munich, disaster struck. A streetcar accident cost Teller his right foot. 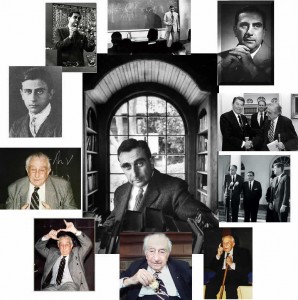 Once Teller had recovered from his injury and learned to walk with a prosthesis, he transferred to the University of Leipzig to study with Werner Heisenberg, who was in the forefront of the new physics. Teller received his doctorate in physics in 1930 and took a job as research consultant at the University of Göttingen. His first published paper, “Hydrogen Molecular Ion,” was one of the earliest statements of what is still the most widely held view of the molecule.

Teller might have settled down to a long, productive career in Germany, but again political events intervened. Adolf Hitler came to power in Germany and Teller knew immediately that there was no future for him in Germany. Teller was able to emigrate to Denmark in 1934. At Bohr’s institute, Teller met the Russian physicist George Gamow. Teller worked briefly at the University of London, but within a year received an invitation to join Gamow in Washington. Teller gratefully accepted the offer and entered the United States in 1935; he became a naturalized U.S. citizen in 1941. 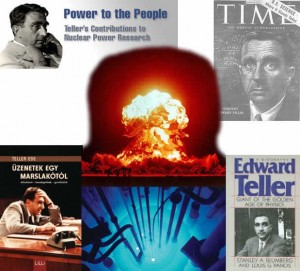 The development of nuclear physics had continued at a slower pace in Hitler’s Germany, but by 1939, German scientists had discovered nuclear fission. Teller’s friend Leo Szilard enlisted Albert Einstein to bring this danger to the attention of President Franklin Roosevelt. Roosevelt appealed to the scientific community to mobilize for the defense of freedom. In 1941 Teller joined America’s best physicists in the top secret Manhattan Project. Their mission: to develop the atom bomb before the Germans did.

In 1942, Teller was invited to be part of Robert Oppenheimer’s summer planning seminar at UC Berkeley for the origins of the Manhattan Project. He first worked with Leo Szilard at the University of Chicago, and in 1943, he headed a group at Los Alamos in the Theoretical Physics division. However, his obsession with the H-bomb caused tensions with other scientists, particularly Hans Bethe, the division leader.

In 1945, the atom bomb was successfully tested at Alamogordo, New Mexico.

When the Russians detonated their own atomic bomb, President Harry S. Truman ordered the Los Alamos lab to develop a fusion weapon. In 1952, the first hydrogen bomb was successfully detonated on Eniwetok Atoll in the Pacific Ocean. Teller felt vindicated, but Oppenheimer and many of the Manhattan Project veterans had opposed the plan.

Over the years, Teller continued to advocate a strong national defense. He made headlines in the 1970s, promoting the development of nuclear fusion as an alternative to other sources of energy, and again in the 1980s, testifying in favor of the strategic missile defense system. Dr. Teller remained in the public eye – and the subject of controversy – as a proponent of nuclear power. But it was his advocacy of a space-based antimissile program that again made him a political lightning rod. He attended the White House on March 23, 1983, when President Reagan announced the Strategic Defense Initiative, commonly known as “Star Wars.”

As against that view, Dr. Teller declared in 1987, “We would be unfaithful to the tradition of Western civilization if we shied away from exploring what man can accomplish, if we failed to increase man’s control over nature. The duty of scientists, specifically, is to explore and to explain.” 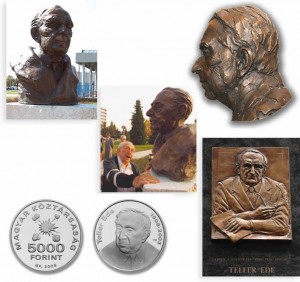 Teller received numerous awards during his career, including the prestigious Presidential Medal of Freedom, awarded to him in 2003 by President Bush.

He died at his home on the University campus at the age of 95.

“Physics is, hopefully, simple. Physicists are not.”

“Two paradoxes are better than one; they may even suggest a solution.”

“The main purpose of science is simplicity and as we understand more things, everything is becoming simpler.”

“The science of today is the technology of tomorrow.”

“When you come to the end of all the light you know, and it’s time to step into the darkness of the unknown, faith is knowing that one of two things shall happen: Either you will be given something solid to stand on or you will be taught to fly.”

“We had a wonderful record on the hydrogen bomb. We tested it, perfected it and never used it—and that served to win the Cold War.”

“The biggest change in this century has not been the introduction of nuclear explosives, it is how the world has become smaller. In the 1930s, the United States was safe. Today, with terrorist attacks, our safety is vanishing.”

Teller Ede: Hiroshima – the psychology of a decision

Terry Devitt: Edward Teller , What did he discover?

The NewYork Times: Edward Teller Is Dead at 95; Fierce Architect of H-Bomb

Phisics Today, by Harold Brown and Michael May: Edward Teller in the Public Arena

BBC NEWS: Atomic scientist Edward Teller, widely known as the “father of the H-bomb”, has died at the age of 95.

Edward Teller: Going to see Einstein give a lecture