was a composer and a music teacher. He was born on 26 December 1882 in Kecskemét. 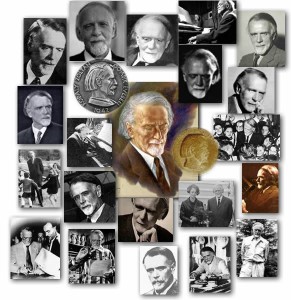 Music and singing are the same age as mankind. Music is the rhythmical alternation of silence and the sound of musical instruments which generate feelings in people. Music has constantly developed, changed for thousands of years.

Our ancestors have bequeathed wealthy folk song adaptations to us, and our composers have left huge composed music treasure Thus it all has become part of our general knowledge. However, nobody’s knowledge of the world is complete if he does not cultivate, does not listen to music.

In our days the modernized and urbanized world˘s musical genres, as for example rock and disco together with the different kinds of post-modern “melodies” take people’s attention totally away from the fascination of folk music and classical melodies. Frequently such events even generate depression in people,

Kodály in his age already noticed it in time and he created a music pedagogy method which has already trained a lot of people since their childhood to preserve and improve their gift and knowledge of music. Folk music is the base of it and the works which came into being in the spirit of folk music. Kodály knew that human voice, common singing can be the accessible source of musical life for everybody. His purpose was acquisition of musical writing-reading – for this the means is ‘relative solmization’.

This is ‘Kodály-method’ which is used in numerous parts of the world for musical education of the children – since every nation’s purpose is preservation of their values and further development of their musical traditions. 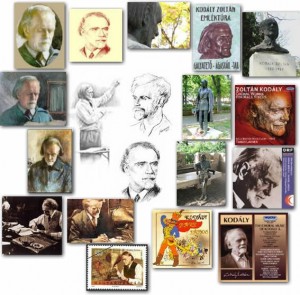 In 1929-1930 he became well-known all over the world. Arturo Toscanini also played a role in it, who conducted several Kodály works in New York. Kodály’s and Toscanini’s friendship was more than music, the world famous conductor’s daughter got married in Budapest. Kodály was the best man at the wedding ceremony. In 1933 there was the performance of his monumental work called ‘Budavári Te Deum’ (Te Deum of Buda Castle) which was on the London Radio two months later.

Besides composing and collecting folk songs Kodály also called attention to the connection between music, good ear for music and the spoken language. He considered musical education extraordinarily important and he was familiar with its past. Unfortunately history interrupted his work. After World War II he conducted his own works in the Soviet Union, Western Europe and America. Yehudi Menuhin asked Kodály to compose a violin concerto. In his last years he worked with incredible energy just like in his younger years.

In his life he did a lot for musical education both in Hungary and all over the world. He recognized the importance of musical education including school music education and the function of musical writing-reading. He studied, composed, taught and above all loved and enjoyed music. He died on 6 March, 1967, but his heritage is still alive.

“It is our firm conviction that mankind will live the happier when it has learned to live with music more worthily.
Whoever works to promote this end, in one way or another, has not lived in vain. ”
– Zoltán Kodály –

The International Kodály Society is active in 34 countries and has Affiliated National Organizations in 16 countries. It was founded in 1975 in Kecskemét, Hungary. Its purpose is the world-wide propagation of the musical, educational and cultural concepts associated with Zoltán Kodály for the benefit of music generally and in particular for the educational advancement of youth.
The Society serves as an international forum for all who are active in the spirit of the Hungarian master as composer, scholar and educator.

“If I am asked in which works is the Hungarian soul the most beautifully shown, I have to answer: in Kodály’s works. These works are the ‘ars poetica’ of the Hungarian soul. Its explanation is, that Kodály’s composing activity has its roots in the soil of the Hungarian folk music. Its internal reason is Kodály’s firm belief and confidence in the force and future of his folk.”

The composer, musicologist, ethnomusicologist and humanist Zoltán Kodály, about whom his true friend Béla Bartók wrote these words, was born in Kecskemét on December 16th 1882. He was only a few months old when the family – because of his father’s duties as a railway clerk- had to move to Szob and afterwards to Galánta, where they lived for many years.

Zoltán Kodály’s earliest compositions date from the 1890s and his last were composed in 1966. During this long and productive life he created hundreds of compositions in a variety of media and genres. His style was profoundly influenced by his collecting and study of Hungarian folk music and by the works of Debussy.

Zoltán Kodály ‘s interest in Hungarian folk music began with his 1905 PhD thesis on the strophic form of Hungarian folk songs based, in part, on the early recordings of Béla Vikár. Kodály, along with Béla Bartók, began collecting folk music himself and later founded the Institute for Folk Music Research of the Hungarian Academy of Sciences. That institution has collected, transcribed, categorized, and systematized over 100,000 folk songs of the people of Hungary and of surrounding and related countries. The Corpus Musicae Popularis Hungaricae is the resulting published collection of these materials.

In the spring of 1990 one the most important workshops of Hungarian music history was opened to the Hungarian and foreign visitors. This is only workshop that has basically remained in a condition as left by its immortal dweller.

however, preferred to accept rather than analyse folk material in his music, and his style is much less contrapuntal and smoother harmonically. His major works, notably the comic opera Háry János, the Psalmus hungaricus, the ‘Peacock’ Variations for orchestra and the Dances of Marosszék and Galánta draw on Magyar folk music (unlike Bartók, he confined himself to Hungarian material). His collecting activity also stimulated his work on musical education, convincing him of the value of choral singing as a way to musical literacy. He taught at the Budapest Academy from 1907, and after World War II his ideas became the basis of state policy, backed in part by his own large output of choral music, much of it for children, as well as other exercise pieces, and was widely used as a model abroad.

One of the first people to undertake the serious study of folk tales, Kodály became one of the most significant early figures in the field of ethnomusicology. From 1905 he visited remote villages to collect songs recording them on phonograph cylinders. In 1906 he wrote the thesis on Hungarian folk song (“Strophic Construction in Hungarian Folksong”). Around this time Kodály met fellow composer Béla Bartók, whom he took under his wing and introduced to some of the methods involved in folk song collecting. The two became lifelong friends and champions of each other’s music.

Zoltán Kodály meant the gold standard, the compass for thousands and thousands of musicians, composers and music educators. Not only because he was a professor at the Music Academy in Budapest. Not only because he developed the comprehensive music education method, still used worldwide today. Kodály was special, because through music he became a key figure in the creation of modern Hungary. He believed that our identity and self-respect at the core of our national pride can be based on knowing our musical treasures, being acquainted with the culture of music. He established this belief in the Hungarian society of the first half of the 20th century, and for that, all later generations owe respect and gratitude to him. He set up elementary music education from virtually nothing, he revived and recreated the culture of songs in Hungary together with Bartók, and he composed such masterpieces as the Psalmus Hungaricus, the Dances of Galánta, the Transylvanian Spinning Room and Háry János.
…

Zoltán Kodály’s earliest compositions date from the 1890s and his last were written in 1966. During this long and productive life he created hundreds of pieces in a variety of media and genres. His style was profoundly influenced by his collecting and study of Hungarian folk music and by the works of Debussy. Among Kodály’s compositions are stage works, orchestral and choral works, instrumental compositions as well as masses and songs.

While standing up for the rightful place of music education in the school curriculum, Kodály also fought for the appreciation of music among the arts in society. “There is no sound spiritual life without music.” “Music is an indispensable part of universal human knowledge.” This is why he formulated a slogan: “Let music belong to everyone!” Then “it is only natural that music has to be made part of the school curriculum.”