He received the Nobel Prize in Physics in 1963 “for his contributions to the theory of the atomic nucleus and the elementary particles, particularly through the discovery and application of fundamental symmetry principles”. Some contemporaries referred to Wigner as the Silent Genius and some even considered him the intellectual equal to Albert Einstein, though without his prominence. Wigner is important for having laid the foundation for the theory of symmetries in quantum mechanics as well as for his research into atomic nuclei, and for his several theorems. 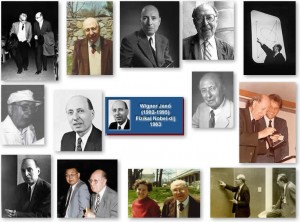 Wigner’s formal education was acquired in Hungary and Germany. He attended the famous Fasori Lutheran Grammar School (Budapest) where János Neumann was his school-mate. They were taught by such superb teachers as László Rátz. From 1920 he studied chemistry and obtained the Dr. Ing. degree at the Technische Hochschule Berlin. His doctoral thesis, written in consultation with Mihály Polányi, became one of the pioneer studies of quantum chemistry.

There was a small but prominent Hungarian academic community in Berlin. Wigner soon formed relationships with its members, which remained close throughout their lifetimes. Besides Professor Michael Polányi, a generation older, he also met Leó Szilárd, Dénes Gábor. He also renewed his friendship with Ede Teller, whom he had known as a younger student in Budapest, and who was then working with Heisenberg in Leipzig.

Between 1930 and 1933 he spent some of the year at the Princeton University, and when the political situation became intolerable in Germany, he accepted an American invitation and worked, with short breaks, in Princeton for nearly six decades, from 1938 he was professor of theoretical physics. It was obvious to him and von Neumann, as a result of the so-called Munich Peace Pact in the autumn of 1938, that the Second World War was now near at hand.

Having realised the political significance of the discovery Leó Szilárd, Jenő Wigner and Ede Teller visited Einstein who, as a result of their conversation, wrote a letter to the President Roosevelt in July 1939 describing the potentialities of a nuclear bomb and warning the danger, that the Germans would be the first to develop it. 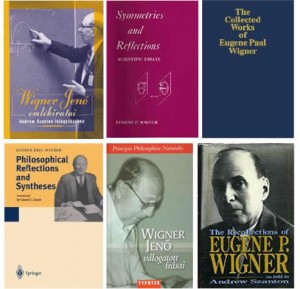 The first atomic reactor was commenced to be built in 1941 at the University Chicago and it was put into operation in December 1942. The idea come from Szilárd and the work was led by Fermi. After piling up each layer of the uranium-graphite pile it was Wigner’s task, the first reactor engineer of the world, to calculate it from the measured neutron radiation data by when chain-reaction could be expected to become self-maintaining. In order to produce a fission nuclear bomb, uranium enrichment needed to be solved or rather plutonium producing reactors had to be built.

In 1946-47 he was the scientific director of the laboratory of Clinton Laboratories, which became ORNL (Oak Ridge National Laboratory) and he played a major role in the design of the graphite reactor. The second reactor was built in Oak Ridge under his control. The next plutonium reactors, which were already water-cooled, were also built on the basis of his plans in Hanmford. 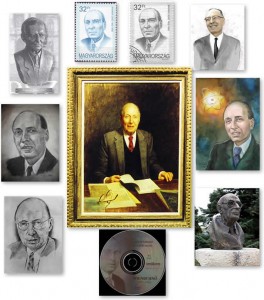 Eugene Wigner: The Unreasonable Effectiveness of Mathematics in the Natural Sciences